Since its inception, First Northern Bank of Wyoming has never lost faith in this community, and justification for this kind of faith is found in its history of continuous growth and prosperity.

It all began back in 1883 when a private bank was organized by Stebbins, Conrad & Co. with a starting capital of $50,000. It was housed in a simple, woodframe building and was designed to meet the basic banking needs of the pioneer population. However, it wasn't long before a more complete banking institution was deemed necessary, so the decision was made to organize a new national bank to take over the assets of the private bank.

On Feb. 2, 1885, a national banking charter was granted under the original name First National Bank of Buffalo. It was the third such bank in the Territory of Wyoming (and now the oldest) and the first bank north of the Platte River. Elected as the first directors were J. W. Collins and W. P. Stebbins, (both of New York), J. H. Conrad, J. M. Lobban, H. A. Bennett, C. M. White and George L. Holt. Collins served as president, Lobban as vice president and White as cashier. White resigned in 1888 and W. J. Thom was named his successor.

During that same year (1888), the First National Bank found its quarters much too small for its growing business and moved into a two-story brick building that they had erected about a block to the north. The bank later sold this building to Wyoming Loan & Trust for use in their banking business and moved into the Jensen Building. Except for a few months following the flood of 1912, the Jensen Building was First National Bank's home for 35 years.

In the early part of 1942, the First National Bank made its final move - back to where it had started in 1885 - but this time the move was to a new, modern bank building. Constructed by Moorman & Co. of Minneapolis, MN, it was designed to harmonize with the architectural lines of the post office and Masonic Temple.

This bank building is still used to this day, having undergone extensive remodeling over the years.

In 1995, a new parking lot was created across Main Street from the bank, and as a gift to the community, the bank commissioned D. Michael Thomas to create two three-quarter-life-size bronzes memorializing the Johnson County War. Robert W. McBride and Robert Holt, both senior members of the First National Bank board of directors, suggested the concept as making a major investment in the community. "We wanted to do something of a permanent nature that would benefit this community, and the rest of the board was receptive to the idea," they said.

The bank was completely remodeled in 1997. Changes were made inside and out and additional office space was added north of the building. During this construction, the only banking services that remained in the building were the data processing department and safe deposit boxes. All other services were temporarily relocated to the Masonic Lodge building next door.

In the fall of 2005, First National Bank opened a loan production office in Gillette that handles mortgage lending for the Gillette area.

In early 2009, the bank opened its first full-service branch, then called First National Bank of Sheridan, located at 29 North Gould Street in Sheridan.

In July of 2012 after 127 years as First National Bank of Buffalo, the bank filed an application with the Wyoming Department of Banking to convert from a national banking charter to a state charter. The decision to change occurred primarily because of increased bureaucracy in Washington D.C. As a community bank, management felt that the state regulators had a much better feel for Wyoming's economy and this change would allow for greater flexibility to operate the bank in the best interest of its market and customers. The change required the removal of the word "National" from the bank's name, thus the name was changed to First Northern Bank of Wyoming, which reflected the bank's original history as the first bank north of the Platte River.

In November of 2015 after operating the Gillette Loan Production Office for ten years, the Bank opened its third full service office located at 200 South Kendrick Avenue in Gillette, with Justin Holcomb acting as its Market President.

Each of the changes made to First Northern Bank of Wyoming during the past have been planned and designed with two purposes in mind: to demonstrate faith in the future of our communities and to fulfill the promise to provide exceptional banking services to the people of this area. 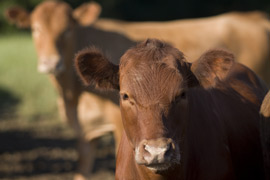 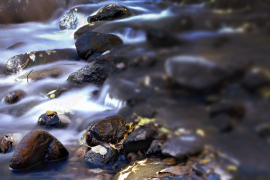 Contributing to the community's flow

Since 1885, we've been committed to serving the communities that have supported us. Here to Serve